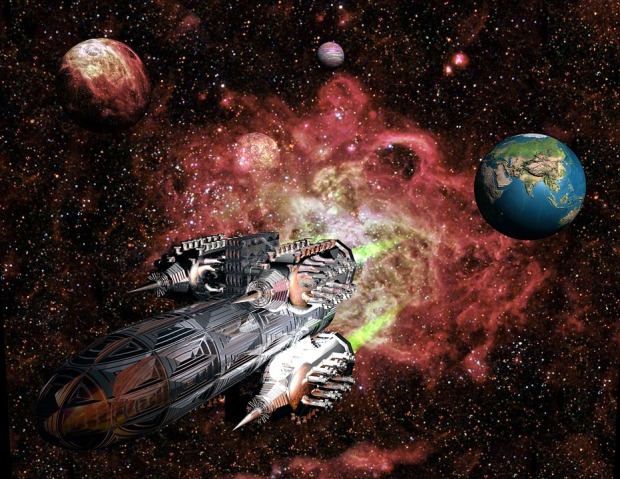 This is the first in a series of poems about an alien woman who sets out to travel across time and space,. When she comes to Earth to find her parents, she learns some harsh realities about so-called humanity.

Lila hid in the baggage holder

Until it was too late for

Her dad to turn the ship around

That’s how she saw her first planet

Other than where she was born

Sparking her craving to travel alone

Many years later, and after

Working in the intergalactic cafe

For the down payment on a ship

She left to see the past and the future

Far off stars and undiscovered planets

She had the honour of naming two planets

On a planet called Earth

It was a time and place

Her ship refused to go

With time to spare before

Arriving on earth in twenty years

She continued her dream

Of travelling through time and space

And savage spider beasts on Pluto

Time seemed to fly before

Her alarm alerted her

And she headed for earth

To find her parents

As her ship entered earth’s atmosphere

There was an unprovoked attack